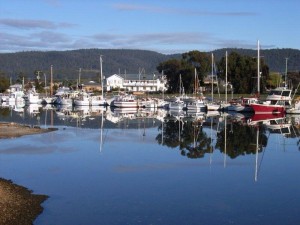 Triabunna, meaning Native Hen in a local Aboriginal dialect, is a waterfront township 85km from Hobart.

Settled in 1830 as a base for the 63rd regiment, later the 51st regiment also called Triabunna home. The officers used the township as a base to service the convict settlement established on Maria Island in 1825-1832 & 1842-1851.

Around 1800-1820 Triabunna’s industry was Sealing until after 1820 when Whaling took over and continued through until the 1840s. Aquaculture has continued to be a main industry for the township including; Rock Lobster, Shark, Blue Eye, Couta, Ling, Flathead, Scallops, Mussels, Abalone, Oysters, Kelp Harvetsing & Fish Meal Processing, amongst others.

With the maritime culture of the township there is a wealth of skill & knowledge in the wooden boat building sector.

FILL UP THE TANK 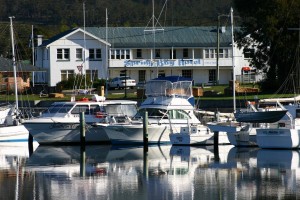